From his rigorous training in primitive conditions in Thailand, to the heights of his awe-inspiring championships throughout the world, “Blessed With Venom” is the intimate and thrilling journey of Australian legendary fighter, John Wayne “The Gunslinger” Parr.

Heralded in the world of Muay Thai as “the best ‘farang’ (foreigner) to grace the Earth,” the film reveals the struggles and triumphs of John Wayne Parr as he fought his way through opponents and cultural boundaries to superstardom. 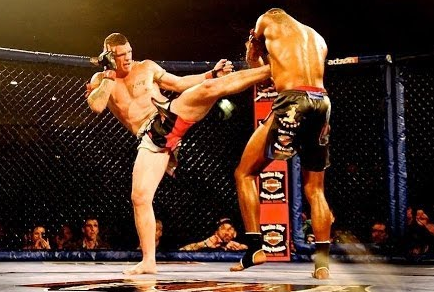 With never-before-seen footage of the man behind the 9 championship belts, we witness defining moments throughout his 20 year career. From his bloody contests with Thai marvel ORONO, to his contemporary battles with MIKE ZAMBIDIS, LAMSONGKRAM and his all out wars with superstar YODSANKLAI FAIRTEX, the warriors clash in one blockbuster fight after another.

Like modern day gladiators that battle for gold amidst bone crunching blows, Parr returns from two losses to ultimately defeat YODSANKLAI in Melbourne and triumphantly claim the title belt. 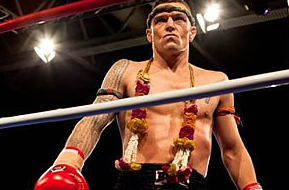 More than a titan in the arena, an intimate look into the personal side of the Gunslinger is revealed as well, with his “pay it forward” philosophy and devotion to his family.

Respected by his opponents, loved by his friends and family, and a giant to his legion of fans, “Blessed with Venom” affords a rare look into the action filled life of a timeless champion and genuine hero of infinite courage, John Wayne Parr.